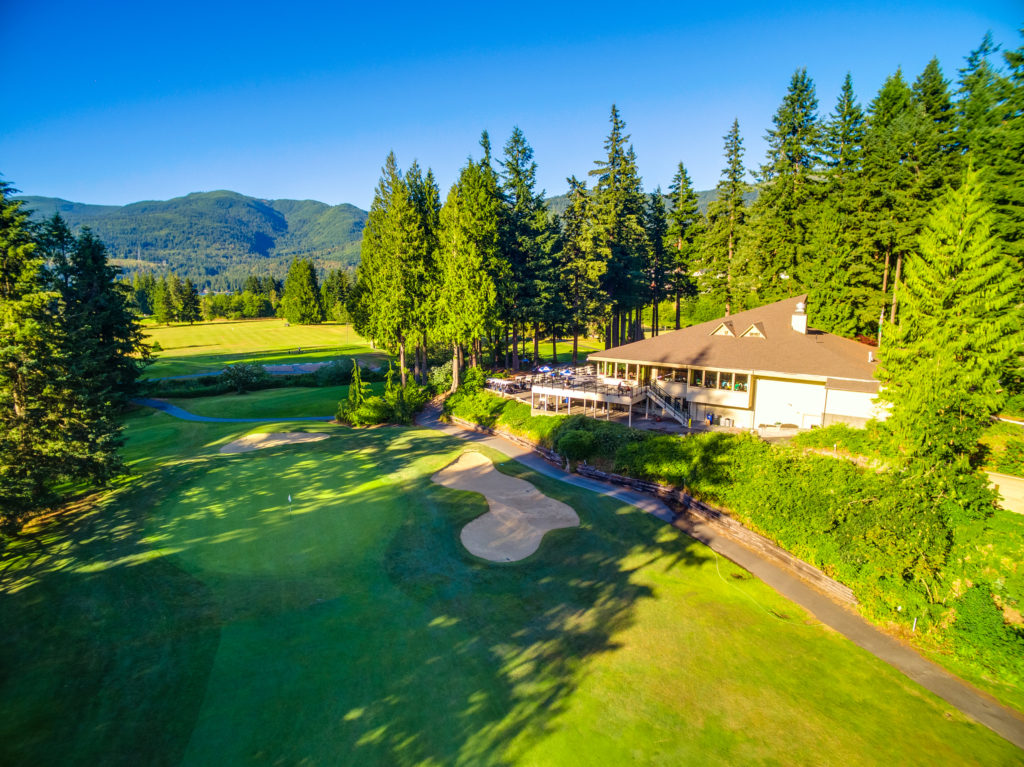 Bellingham, WA – On Saturday, March 27 the last Audi Bellingham Winter Series event took place at the Sudden Valley Golf & Country Club.  The “How Low Buster” format provided both fun and challenging set ups. 9 holes were set up in a “How Low” format in which players played from forward tees and had two holes to choose from on the greens. The other 9 holes were set up in a “Ball Buster” format where tees were set up far behind the back tees, and the pin placements were in the most difficult (bordering on cruel) positions.

58 players took part in the event and although there was some rain in the morning, it tapered off towards the end, and there was even some sunshine for the final few holes! Shooting an impressive 15 under par 57 and taking first place in the Men’s Gross division was the team of Craig Roth, Craig Crawford, Brian Baltzer, and Tim Smith. It took a 20 under par 52 for the father/son and brother/brother team of Bryce & Brock Hertz and Craig & Brad James to win the Men’s Net division.  The Mixed division was won with a 20 under par 52 by Bonnie & Connor Frank, Kristin Fuchs, and Laura Haggard.

Also, new for the finale was a KP of KP’s contest.  All players who had won a “Closest to the Pin” (KP) contest during the series were qualified to take part in this event that took place immediately following play on the 18th green with a big gallery of spectators watching. Congratulations to Craig Roth and Kristin Fuchs for winning the KP of KP’s contest!

Jerry Shearer won the Men’s Division of the season long series with a point total of 1305 and $500 in golf shop credit, while Kristin Fuchs and Laura Haggard tied for 1st place in the Ladies Division with 956 points each winning golf shop credit of $212.50 each.

Thank you to the hundreds of players who participated in this year’s series. And, of course, a big thank you to Audi Bellingham for their excellent sponsorship support!

PHOTO CAPTION:        An aerial view of the 18th green and clubhouse at Sudden Valley G&CC.