A quartet with no horns kept 177 spectators enthralled for over 2 hours yesterday at the Dance Barn in Sudden Valley playing the sultry Brazilian music of the bossa nova. Attached is a photo taken by Jim Ollette of Marco Carvalho backed by bassist, Jeff Johnson. As Johnson stated during the concert, “Lots of jazz groups are now playing the bossa nova, but Marco is the real deal.”  Our next concert is a salute to the 60th anniversary of Dave Brubeck’s seminal jazz album, Time Out, with a quartet led by Dave’s son, Dan Brubeck on drums, Miles Black on piano, Miles Hill on bass and Steve Kaldestadt on reeds. Get your tickets early. – K.C. Sulkin

Drummer, Jeff Busch, now lives in Seattle, but has deep Bellingham roots. Interested in rhythms that originated outside the U.S., he has revisited his hometown with groups playing African and Latin American music that feature many artists from foreign lands who now call Seattle home. Jeff will be bringing up two fabulous musicians originally from Latin America as part of a salute to the unique Brazilian contribution to the world of jazz, the Bossa Nova.
The ﬁrst Brazilian is Marco de Carvalho who will providing both the guitar and vocal contributions to the Bossa Nova Quartet Marco is a Brazilian musician, originally from Rio de Janeiro. He graduated from the prestigious Music Conservatory of Rio de Janeiro under Juarez Carvalho and Sergio Vale. He studied composition and harmony under Luiz Eça and Ronaldo Miranda. Marco has been a performance guitarist, composer and arranger for thirty years. He plays an extensive repertoire of music from Rio de Janeiro as well as his own compositions. Marco has played with many musicians in Brazil and the USA. He has recorded on numerous CDs and sound tracks also producing and arranging.
The pianist is Julio Jauregui who was born in Louisiana and grew up in Mexico City.
In 1990, Julio moved to Eugene, Oregon. In Eugene, he attended Lane Community College for two years where he received best theory student of the year award. He later enrolled at the University of Oregon to ﬁnish his music degree. He studied jazz piano with Gary Versace and jazz improvisation with saxophone player Steve Owen.

Bassist Jeff Johnson will be appearing with the group as well.

Since bossa nova music was created for dancing as well as listening, we’ll be keeping a large portion of the dance floor available for those who would like to express their enthusiasm vertically.

Concert is on Saturday, April 27th from 3-5pm at the Dance Barn in Sudden Valley (Gate 2), 8 Barnview Court. Tickets are in aid of the South Whatcom Library and cost $20 with a special student discount prices of $10. Tickets are available at Village Books, the Sudden Valley Office or on-line at http://lcj3.com/websites/suddenvalleyjazz/. For more information or special requests, call Mr. K.C. Sulkin at 360-670-1709.

A crowd of nearly 200 people were treated to a bit of jazz nostalgia Saturday when a bunch of Northwest jazz musicians revived the excitement and the spirit of Norman Granz’s Jazz At the Philharmonic concerts at the opening of this year’s Sudden Valley Jazz series at the Sudden Valley Dance Barn.

The opening set paid homage to the massive jam sessions featuring some jazzdoms great musicians. Ably taking the place of the likes of Dizzy Gillespie, J.J. Johnson, Johnny Hodges, Coleman Hawkins, Buddy de Franco, Nat King Cole, Ray Brown and Buddy Rich were Michael VanBebber,trumpet; Brad Shigeta, trombone; Thomas Harris, tenor; Eric Vanderbilt-Matthews, alto and clarinet; Tony Foster, piano; Nate Parker, bass and Julian MacDonough, drums. They opened with Robbin’s Nest and closed with Lester Leaps In and played some great 40’s standards in between.
Norman Granz always closed the show with Ella Fitzgerald backed by her trio and Seattle’s Greta Matassa easily stepped into her shoes (she also shared that Norman’s ﬁrst choice was Billy Holiday, but that Ella took the spot for her own with a wild version of “How High The Moon”.) Backed by Darin Clendenin on piano, Clipper Anderson on bass and Mark Ivester on drums, Greta sang many 40’s numbers from “I Told You I Loved You Now Get Out” to “Body And Soul” and ﬁnished by calling Thomas Harris and Julian MacDonough to join in a rendition of “How High the Moon” that would’ve had Norman
Granz smiling for ear to ear and had the Dance Barn audience on its feet. (For those who want a live video, go to Meredith Ann Murray’s facebook posting and big thanks to Meredith for capturing this magic moment.) I’ve also attached some great black and white photos taken by my friend and wonderful photographer, Jim Ollett. Hope you can open them.
A great way to start the season with more great jazz to come. Brazilian guitarist, vocalist, Marco Carvalho, salutes Bossa Nova on April 27th. Get your tickets now.

The 9th season of the Sudden Valley Jazz series promises to be as exciting as past seasons with both new and old jazz acts added to the mix. An all four concert package, with a face value of $80, will be on sale for the special price of $60 at the ﬁnal concert of this season, the Salute to Miles Davis on Saturday Nov. 10th at the Dance Barn in Sudden Valley. That’s equal to one free concert.

March 30th- The Paciﬁc Northwest salutes Jazz At the Philharmonic starring Greta Matassa and the Julian MacDonough All-Stars. Jazz At the Philharmonic (or JATP as it was referred to by hip fans), was the creation of legendary jazz impresario, Norman Granz. Granz saw the availability of a number of great jazz musicians after World War 2 (caused mainly by the collapse of the swing band era and the failure of be-bop to capture the public’s imagination) as an opportunity to feature great musicians in a jam session format for a reasonable price. He put on shows at the Philharmonic Hall in Los Angeles that were a tremendous hit and always featured a set with a leading female jazz vocalist of the day, usually Ella Fitzgerald. We have hired the Paciﬁc Northwest’s answer to Ella, Greta Matassa, to ﬁll that spot in the program. She’ll be backed by Julian MacDonough’s trio, including Tony Foster on piano and Michael Glynn on bass. Musicians who may be included in the jam sessions are Jonathan Doyle, Thomas Harris, Brad Shigeta and Michael VanBebber although there may be personnel changes.

April 27th – Bossa Nova Brazil starring two Brazilian natives, Nilza Lessa and Marco de Carvalho playing and singing bossa nova songs backed by Jeff Johnson on bass and Jeff Busch on drums. Although we have devoted concerts to swing, dixie, be-bop and gypsy jazz, we have never given the full spot light to bossa nova, Brazil’s greatest contribution to the jazz lexicon. We’ll correct that at our April 27th concert. Marco is a Brazilian musician, originally from Rio de Janeiro. He graduated from the prestigious Music Conservatory of Rio de Janeiro under Juarez Carvalho and Sergio Vale. Nilza Lessa, a vocalist originally from Brazil, recently took part in Seattle’s Salute to the music of Carlos Jobim.

Oct. 12th- Brubeck Plays Brubeck honors the 100th anniversary of the birth of Dave Brubeck with a concert of his music led by his son, drummer Dan Brubeck, saxophonist Steve Kaldestad, bassist Miles Hill and the return to Sudden Valley of Miles Black on piano. The current plan is to recreate Dave’s Time Out album, one of the biggest selling albums in jazz history, from top to bottom.

Nov. 9th- Ron Jones’s Jazz Forest 12 piece jazz recordings orchestra. Jones is a Los Angeles arranger who has worked extensively in television and movies and has recently moved to Stanwood and set up a recording studio. He convinced fellow Los Angeles based musicians, the husband and wife team of tenor sax player Pete Christlieb and trombonist, Linda Small, to move to the area with him. He then recruited the best talent from Seattle, including vibes player, Susan Pascal, to ﬁll out his 12 piece ensemble.This band, with special guest soloist, the drummer/vocalist, Dave Tull, will close out our 9th year. 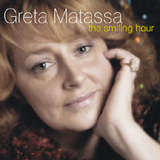 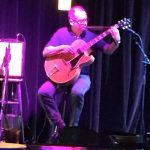